6 Digital Marketing Trends for 2017 and Beyond

1. Snapchat is only gaining in popularity among milennials (But Facebook is still king) 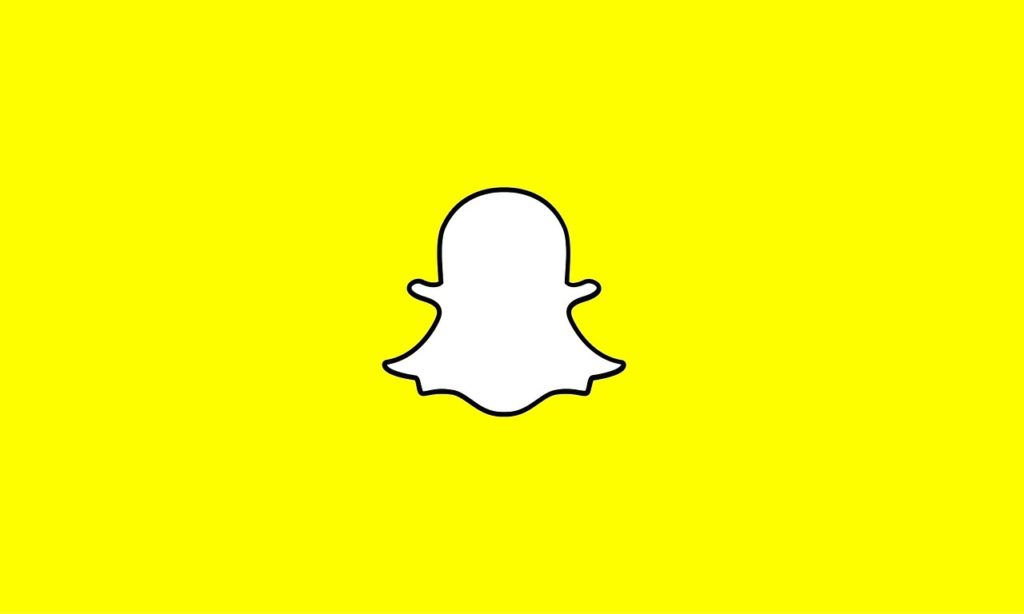 Among milennials, no social media platform is matching Snapchat in a short-term popularity contest:

“According to research by student loans company LendEDU, 58 percent of the 9,381 milennials it polled said they typically open up a Snapchat before Facebook, Instagram and LinkedIn.”

It’s rise to social media supremacy has been unprecedented. Not only has it overtaken Twitter, Pinterest, and LinkedIn as America’s second-favorite social network (It was fifth last year), it “grew as much in one year as Twitter had in four years combined!”

Don’t give them the crown just yet, however. Facebook still sits on the throne and doesn’t appear to be giving up its title anytime soon. In the same survey where Snapchat had become the second-favorite social network of Americans, Facebook blew it out of the water; “8% of Americans cited Snapchat as the place they visit most. It’s still far behind Facebook, a place that 61% of social media using Americans say is their favorite.”

But that doesn’t indicate a shift could be gradually approaching…

“Facebook (including Messenger) remains the most popular social platform among Americans 12-24 years old, with 21% saying they use Facebook most. Snapchat is second with 26%, far outpacing Instagram at 17%.

“[In the past year], 10% of the entire nation’s population of social media using 12-24 year-olds moved from Facebook to Snapchat as their platform of choice.”

Only time will tell if Snapchat’s popularity is a constantly ascending staircase or a bubble just waiting to burst. Seeing as it only appeals to the younger generation, whereas Facebook is still appealing to all ages, I’d side with the latter (Don’t bring this up to me in 2032 when Snapchat is running the world).

As social media expands its capabilities as an advertising platform, advertisers are fully committing to either standing pat on their current marketing budgets, or investing even more:

“61% of advertisers plan to spend more on Facebook, said ClickZ Intelligence. And the web publisher found that investment in Twitter is expected to increase by more than 25%.”

This has less to do with brands suddenly discovering Facebook and Twitter, and more to do with different avenues through which people can be reached and engaged with. We’re beyond link and image posts. On Facebook, for example, you can create videos, versatile Canvas ads, 360 videos, and video slideshows. It’s all indicative of a new availability of advertising to pounce on and use to distinguish your brand.

In another survey by PointVisible, they found that over the next 12 months 39% of B2C and B2B content marketers plan to increase their spending, while only 2% planned to decrease it. 42% said spending will likely remain the same.

Since we’re on the topic of more spending, we can distinguish where that spending is going towards.

There’s a perception that users are just overexposed to traditional advertisements and inundated by how ubiquitous it is. Think about it. There’s no escape, unless you completely disconnect from technology.

New approaches need to be taken to reach out to users without overwhelming and irritating them to the point of exhaustion, and studies have been conducted to find them.

One of the more revelations from PointVisible’s study was that “70% of people would rather learn about a company through articles rather than an advertisement” and “4X as many consumers would prefer to watch a video about a product than to read about it.”

Content is getting more versatile as users have grown weary of seeing the same ads over and over again on a loop. Something new has to be offered to keep them interested. It’s why we’re expecting an increase in blogs as an advertising tool, and why “69% of companies report their video marketing budget is increasing.”

Are you starting to pick up on this trend of more? There’s going to be more of everything digital marketing-wise in 2017 and further on.

As mentioned before, there’s a need for newness from our advertising efforts. It’s become a life component that’s unavoidable and needs readjusting, in order to provide users with a memorable experience once again. Just like with any technology, if there’s a newer, more efficient, more convenient, and more stimulating competitor, users will gravitate to that.

So what if we try to find new ways to not only reach our audience, but to help it grow, as well. Aside from videos, “in 2017, more brands will launch targeted e-newsletters as the key method to grow audiences.”

E-Newsletters are an excellent way of developing an audience without investing too much money and investing too many hours. But they have to be done right, because an E-Newsletter could be composed for nothing if its design isn’t engaging enough or if its content isn’t interesting enough.

It has to appeal to your audience, which you can find and add to your email list through lead generation ads and visits to your website asking for their email, with content that provides value. You want your newsletter to be informative, feature headlines that grab your attention, and be laden with designs and appealing images that keep the reader interested and their eyes darting from end-to-end of the email.

5. Mobile is still everything 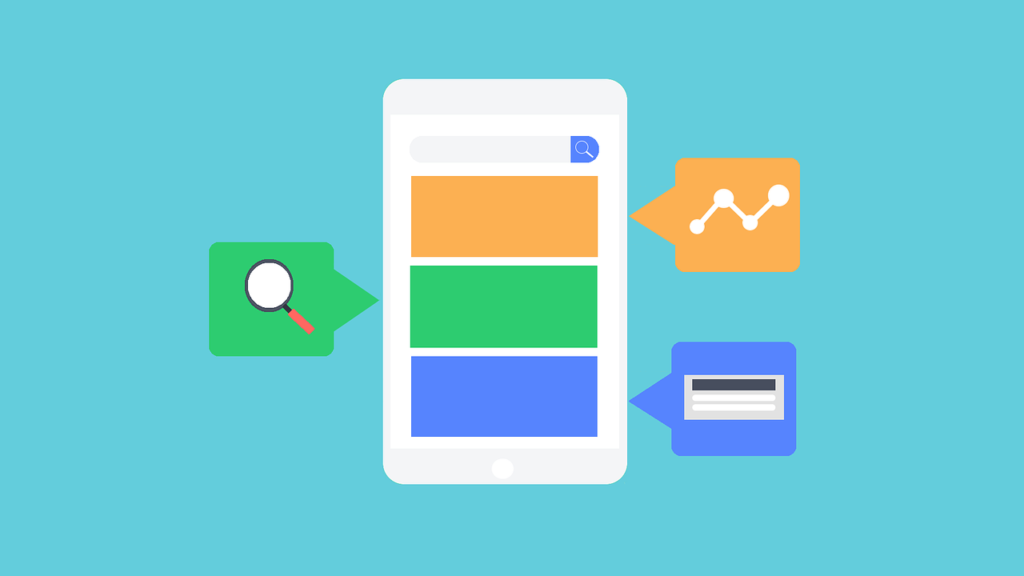 It goes without saying that if you’re still not optimizing for mobile, you’re selling your business short. As of early 2016, “mobile represented 65% of digital media time, while the desktop is becoming a ‘secondary touch point’ for an increasing number of digital users.”

Basically, why go through the process of loading up your desktop or laptop when you have a computer within your pocket? It’s all about convenience. Just give me the information and stimulation I need at the moment, without me having to get up and get it.

Life just keeps getting easier in terms of instant gratification. It’s probably why “mobile will account for 72% of US digital ad spend by 2019″ since that’s where all the eyes are, as indicated by studies, mobile vs. desktop usage, and, you know, just looking around you at any given time while you’re in public.

Go ahead and try it next time. When you’re out in the city, and hopefully not peering into your phone, look around and notice how many people are buried in their phones. Then you’ll realize just how important mobile optimization is. You’re potentially missing out on the sales or awareness you could be generating when those users aren’t home and need a distraction.

Think we’re missing out on a trend? Drop us a message on our Facebook or call us!

2020 Predictions Based on Current Quantifiable Trends

“Data and analytics leaders should actively monitor, experiment with, or deploy emerging technologies. Don’t just react to trends as they mature. Engage with other leaders about business priorities and where data and analytics can build competitive advantage.” - Rita... 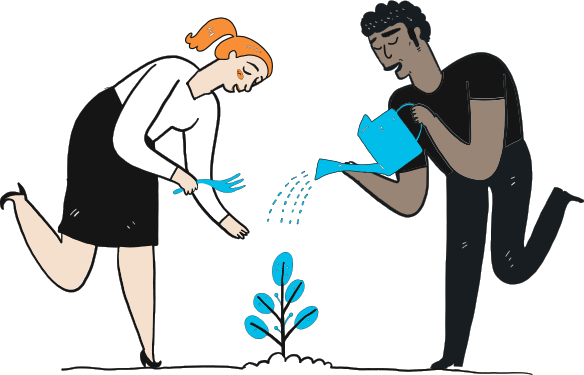 It’s All About Location: The Untapped Potential of Location Data

It’s clear that location data has immense value – especially for brick and mortar businesses that want to build a reputation in their area. But all too often, better results are left on the table when teams are unaware of all the ways location data can be used.... 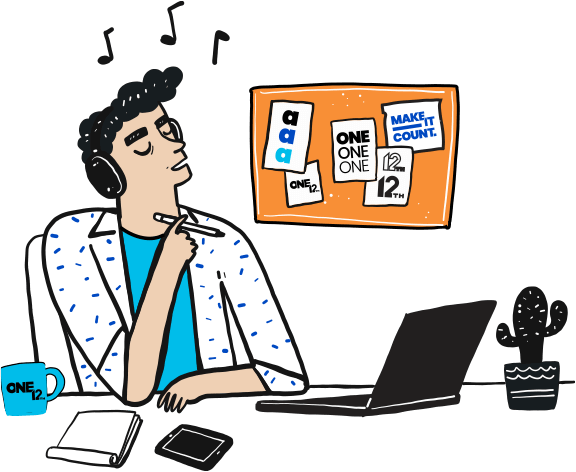 It’s easy to think of branding as a one-and-done activity – something that is determined early on in a company’s development. Creating the website, logo, and style guide, employing a general content strategy, and hoping for the best is what many companies did in the...