What Every Digital Marketing Agency Needs to Have

A digital marketing agency should work as a well-maintained machine. Each piece will serve its purpose and the assembly line-like hierarchy will seamlessly build the product from start to finish.

The cogs all work together in perpetual harmony. One works off another and so on, creating a chain reaction that will inevitably spur the final result.

That may seem sterile, but there’s truth to it. Every agency should have a hierarchy that pushes projects from one step to the next, beginning with an initial idea and ending with a finished product bestowed upon targeted consumers.

Before it gets to that point, however, it has to make its way through these five professionals that every digital marketing agency should have under its employ.

Before the objective and direction is given to the copywriter to convert into words, it has to start with the account manager.

The account manager is another messenger of sorts, except they serve an integral role at the beginning of campaigns, as opposed to the implementer who proves their worth at the end. Their role is crucial as they lay the foundation for what the campaign’s message will be based on. 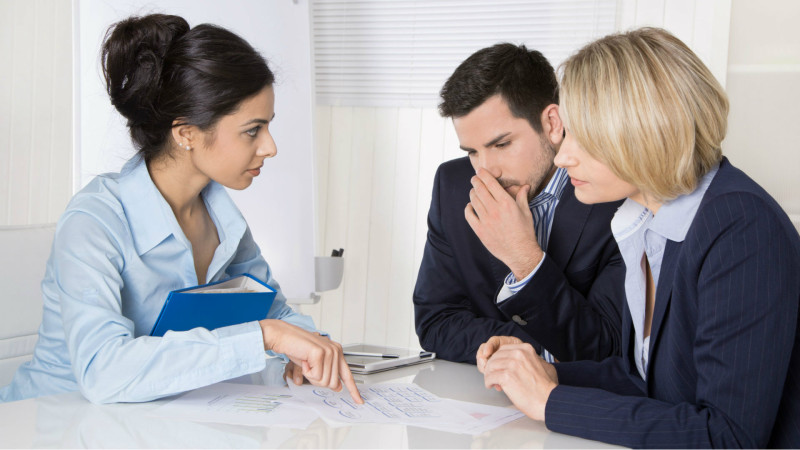 They provide the necessary marble, while the copywriter and graphic designer chip and sculpt away until they create the art they believe the client wants to see. But before it gets there, the account manager is tasked with conveying the message, maintaining it, and updating the writer/designer on any changes to the original idea.

Without this crucial step, the writer is left directionless and won’t understand the true intentions of their client. It’s like building a house. It’s not going to be structurally sound if the foundation isn’t constructed to its specifications, nor is it going to be well-received if it doesn’t match what the client desired.

After the account manager grasps the idea of what the client wants, but before the copywriter receives it, a target audience must be set up. Advertising needs to be propped up where people can see it, but it also needs to be seen by the right people. If you’re in Florida, you’re not going to have a billboard on I-95 trying to sell skis and snowboards. If I want to advertise my arthritis medicine on TV, am I going to advertise on CNN or Nickelodeon?

If I’m creating a campaign for radios for the public safety industry, I’m going to target police departments, fire departments and EMT’s. That way I have a better chance of capitalizing on sales and reaching people I know for a fact will be interested. Even if they don’t buy then, they’ll at least have it in their mind that I sell a product they may want in the future.

But you have to find them first. The campaign analyst will locate these targets by using tools that will steer them to the correct keywords their targets are most likely to search. Search Engine Optimization (SEO) is imperative in targeting as it allows the copywriters to know which keywords to use, so they can seamlessly integrate it into their text.

Besides search engines, campaign analysts are also tasked with locating relevant websites that can support a banner or display ad.

The analyst also serves a significant role at the project’s conclusion as the reporter. With so many tools to analyze and aggregate, there are also a lot of stats that come with it. Campaign analysts are tasked with deciphering these metrics, picking out the most important numbers, and creating a report that gives a clear indication to the client of how the project performed and what needs to be changed in future campaigns.

How do you expect your agency to become a success without the help of a professional writer? Besides the work they’ll do for clients, they’ll also serve as the face of your agency from a written standpoint.

They have to know what the people want to hear, something that should be every agency’s greatest objective. Not only that, but they have to be creative, too. With so many competing agencies, a copywriter helps brands become unique, attaching a distinct voice and tone that’s exclusive and can’t be replicated. 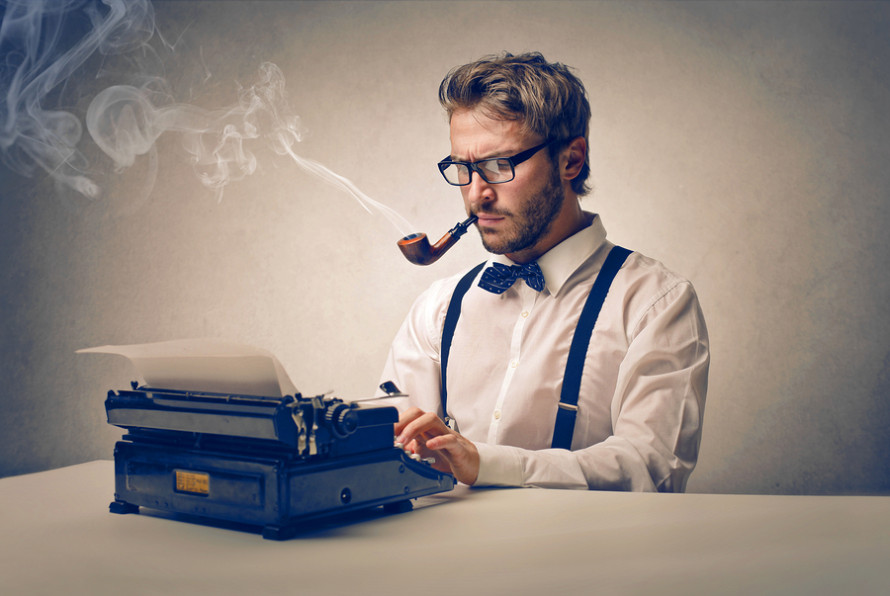 Plus, how do you expect clients to stick around? Sure some will come around just asking for measurement and analysis. But what about the brands that need to establish or further their brand’s presence? Only a copywriter can deliver the creative text that leads to conversions.

Research is a necessity for the copywriter. Knowing what your audience wants to hear isn’t solely based on perspective. It goes beyond that. The copywriter must know what type of words people want to read or don’t want to read. It sounds strange, but there are plenty of studies indicating people are more likely to convert on a post depending on what words are used.

We also can’t forget the significance of proper grammar. It’s an extremely unprofessional look for an agency to misspell words or use run-on sentences, even in something as mundane as a business email. Your words serve as a conduit representative not only of yourself, but also of your brand. It’s difficult to be trusted as a reliable and professional agency when even your emails are riddled with errors.

It’ll make your recipient wonder if their project is going to be error-filled, too. It’s all about the attention to detail.

A copywriter also plays a key role in the development of a content strategy, including conjuring themes, deciding what types of posts to use, determining what day or time is best to post, and which images should be used.

And speaking of images….

The graphic designer often goes hand-in-hand with the copywriter. While a copywriter can rely on outlets like Shutterstock for their image needs, a graphic designer provides a professional, personal touch to the brand that only they can provide.

Also, being generic only leads to stagnation. An agency’s creative component can only provide so much through text and generic images alone because of how important branded images, as well as videos, are throughout social media. 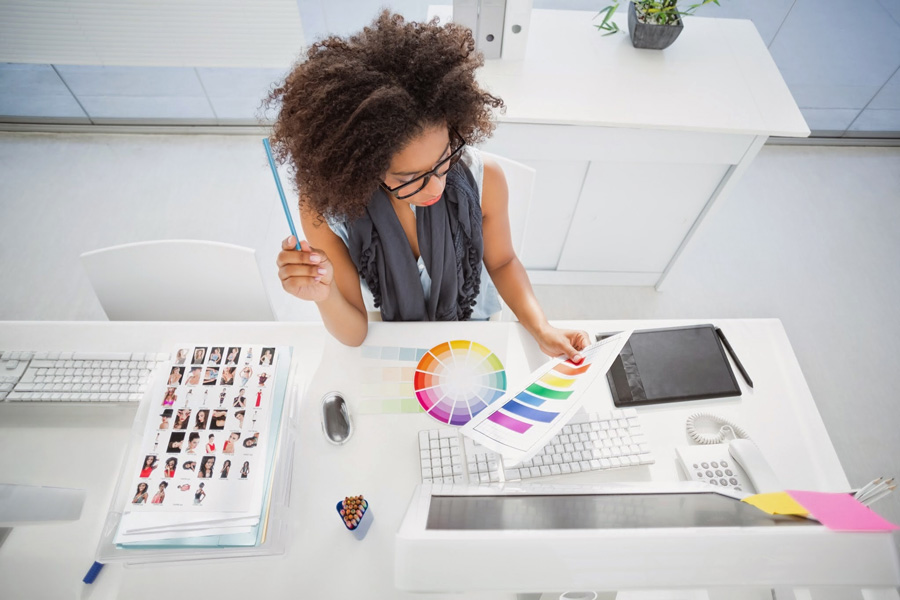 A compelling piece of copy can convey a strong message, but it’s the image that’s likely going to earn most of the attention. It’s just the nature of the beast. People are constantly scrolling through social media, searching for the next stimulant, and they’re more likely to be caught off guard by an image than copy.

Like a copywriter, this isn’t something you want to leave for an amateur. Just like people will notice a grammatical error, they’ll also notice poor photoshop jobs, sometimes to the point that they’re immortalized on the internet forever.

You’re also more likely to capitalize on events and holidays with a graphic designer in your employ. Rather than the generic ‘Merry Christmas from X’ attached to a generic image of a Christmas tree, a graphic designer can integrate your brand into a Christmas setting. It adds a personal touch and will likely lead to more engagement because it’s unique.

Creativity should never be stifled, but rather embraced and encouraged. Employing a graphic designer can further that by tearing down the roadblocks copywriters and content strategists faced when strategizing.

It’s a dirty job, but someone has to do it. Often unappreciated, the campaign implementer is tasked with the taxing responsibility of sending the created copy and images out to the online world.

Sounds easy? It isn’t. It’s a laborious chore that’s as mundane as it is mind numbing. But it’s an integral portion of the campaign’s journey. The work has to be distributed, and it’s up to the implementer to painstakingly proofread every last word.

Otherwise, the agency is pained with creating all of that work for no reason other than showcasing that they don’t have an attention to detail.

Implementers have the patience and attention to detail because they recognize the heavy burden they have to carry. If the copywriter creates the message, consider the implementer as the messenger; caring for the message, shielding it from disasters, and protecting it along its voyage to the recipient.

Campaigns are demanding. They can take a lot longer than projected, reference material might become outdated, budgets can be restrictive, and the perennially fluctuating mind of a client can send even the most patient marketer into hysterics.

That’s where Human Resources steps in. Since alcohol consumption in an agency is only acceptable at the tail end of a week (if you’re lucky), there has to be another way to de-stress. An HR rep serves as a work psychiatrist, listening to complaints and concerns and just letting their co-workers vent.

Employees are at their job for nine hours a day and oftentimes longer, which is a vast majority of their waking day. A lot can happen in that time and rather than keep that stress bubbling and boiling inside, it’s a considerable relief to vent it to someone, even if they don’t fully understand what the issue is.

Have you tried working angry? It’s extremely distracting. You can’t focus on your work and it’s often compromised because you’re not thinking correctly since your mind is on other things. That evil inside has to be let out, otherwise it’s only going to ferment and turn into something worse that could have been avoided.

Resentment is a dangerous feeling that should be addressed immediately. Give your employees a place to vent and relinquish those emotions so they don’t fester and result in an unfortunate diatribe against the client during a meeting.

Or stock your agency with a mini-bar. Depending on how stressed your agency is, however, that may end up costing you more in the long run.

← 5 Reasons Why Your Email Marketing Campaign is Failing Rio Olympics Recap: What People Talked About Most →

The Value of Focusing on LTV

Big Data and analytics are more than just buzzwords in modern marketing. Digital channels give us more data to work from than ever. We can see when a prospect opens an email, clicks a link or interacts with any of our content. All of that data produces a whole host of...

A world increasingly run on technology has beget a data revolution. Now it's a race to garner it, understand it, organize it and, most importantly, leverage it more effectively than your competitors.   Because data is everything now that it's available to...

In an age where digital data is not only valuable but ubiquitous, organization and automation becomes a marketing agency's pillars of time management and financial advantage.   More needs to be done to understand the motivations of a consumer. Content creation...