Is this the Most Immersive Social Media Advertising Yet?

Facebook just took social media advertising to a level every other channel can only aspire to.

You know, for a social media platform whose demographic is only getting older, Facebook still leads the way in innovations eventually adopted by competing platforms. Especially when it comes to advertising.

With every company upping their investment in social media advertising, channels like Facebook are devising new ways to give people the advertising experience they so desperately try to avoid on TV and radio.

We’re straying further and further away from traditional, organic ads with a sales-y message and an eye-grabbing image. Social media ads are becoming more sophisticated, more complex, and more expensive, for both the advertisers taking time to create the ads and for the audience getting more exposed to these types of ads.

Canvas ads are similar to the slideshow ads that were wheeled out by Facebook. They allow you to say far more than those boring traditional ads we just alluded to. 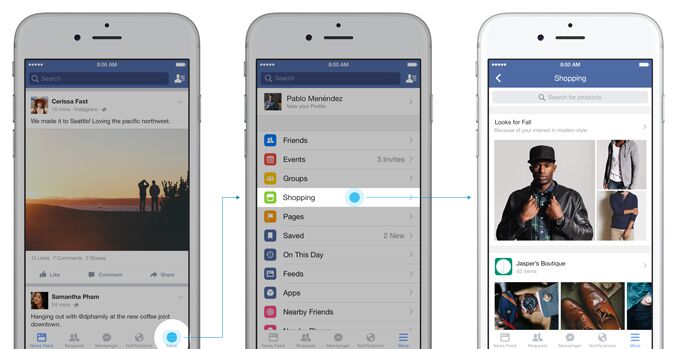 The days of a 25-character headline, 150-character post copy, and 150-character description are a thing of the past now. Now, Facebook has elected to not only provide more room in the ad for copy and images, but for more interaction with users, as well.

Unlike slideshow ads, however, Canvas ads take up your whole screen when clicked upon. You are fully immersed in the branding experience; a HUGE plus for any advertiser.

From there, you can scroll through several different screens. Each screen is unique, featuring a different offer or product and call-to-action. It’s easy to see why this is one of the most interactive ad experiences you’ve ever encountered online.

Just like a commercial advertisement, Canvas ads are a form of visual storytelling. The experience isn’t solely in the copy, but more importantly in the visual component. Unlike commercials, however, Canvas is far more welcoming to its intended audience.

It’s not a simple Look-at-this-ad-and-either-move-on-or-buy ad, but one that encourages you to play along and immerse yourself in the ad experience:

“In Canvas, people can swipe through a carousel of images, tilt to view panoramic images and zoom in to view images in detail.”

Already, large corporations such as Target, Wendy’s, and Carnival, have told their story through Canvas. While they may have far more funds for reach and targeting than the average business, any company can create a Canvas ad as well done as theirs.

That’s another big advantage of Canvas ads: It’s not biased against smaller companies, which has occurred recently with a shift towards video-based advertising. When in-house marketing departments of companies like Samsung can produce commercial-quality videos to promote their product, it’s tough for a smaller business to compete.

The video will likely get far more attention than the traditional image that any social media account could produce.

Canvas levels the playing field. Maybe not all the way (Bigger companies still have the money and notoriety to get their ad seen by millions), but enough that the production value is almost even.

Before it becomes wildly popular and every brand starts producing their own Canvas ad, I highly suggest getting on over to Facebook Power Editor now and playing around with the features to create one of your own.

Your audience will thank you for it.