Social media is not as easy as it may seem. Sometimes the painfully obvious doesn’t hit you until it’s too late.

In the cases of these three social media accounts, it was way, way too late.

A few weeks ago, the Florida State University PR department had the bright idea to setup a Twitter Q&A with their Heisman Trophy winning quarterback, Jameis Winston.

What could go wrong? A popular quarterback that just won both of college football’s most prestigious awards (He also led his team to a National Championship victory) with a bombastic, outgoing personality sounds like a PR dream.

What Florida State seemed to forget was that Winston had been caught up in some rather embarrassing controversies, including stealing crab legs from Publix and being accused of a rape that may have been swept under the rug.

Naturally, the questions turned out to be tweets such as this one:

#AskJameis Of all the coaches you have played for over the years, why did you steal those crab legs?

#AskJameis How many lucky ladies did you give the crabs to?

and this one, too:

@FSU_Football after getting away with a high profile rape & theft, what crime will you commit to complete your triple crown? #AskJameis

Before you prompt a Twitter campaign like this: Stop. Think. Remember the subject of the questions stole crab legs and was accused of rape. 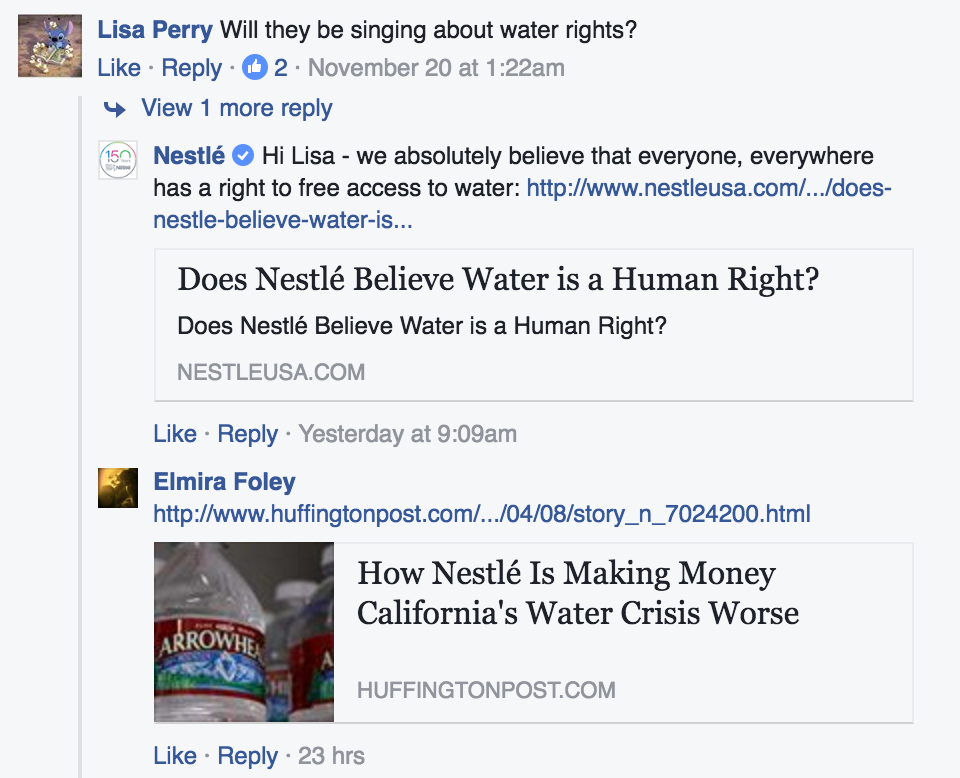 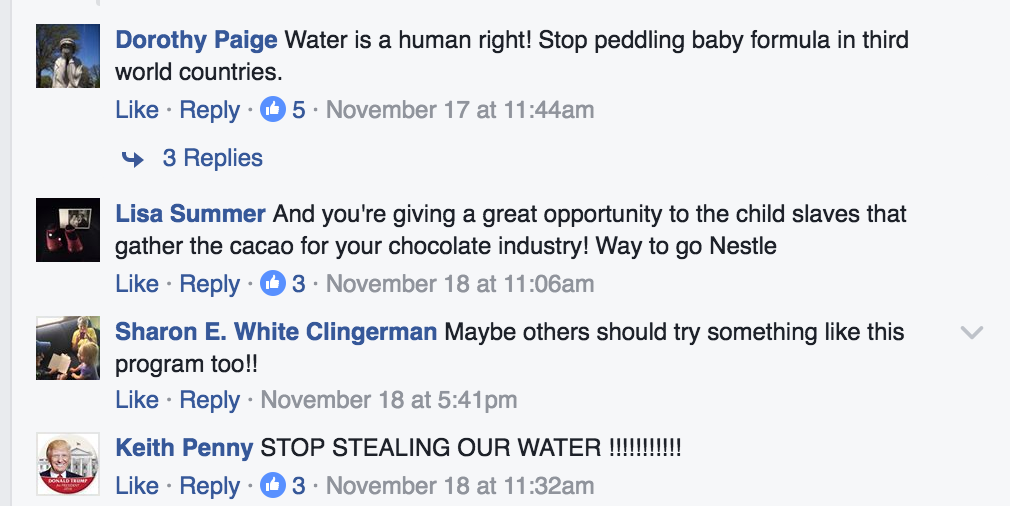 Maybe it’s time for Nestle to hang it up, rather than having their comment sections blasted with accusations of using GMO’s, saying water “should not be a public right”, and even slave labor.

Oh, I missed the comments about slave labor. Well, here they are. In all of their glory, with no community manager to delete or answer them: 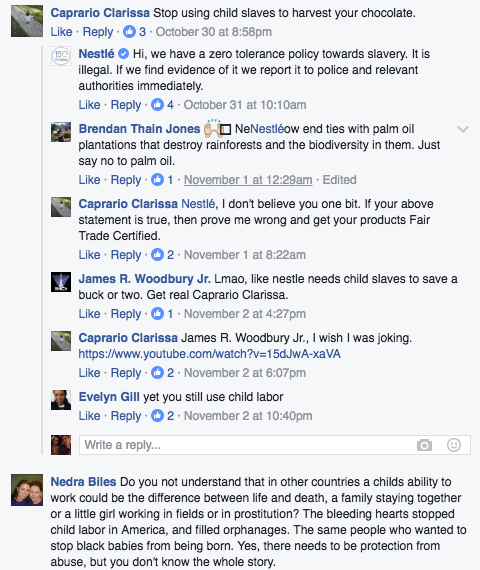 Want to read more? Just go ahead and check out Nestle’s review section!

Jameis Winston still has plenty of fans from Florida State to ask him legitimate questions. JP Morgan? Not so much.

Tweets like this one should have advised the community manager immediately that not only was this a bad idea, but that they should start looking for work elsewhere:

Can I have my house back? #AskJPM

And it gets worse. So, so much worse:

What’s it like working with Mexican drug cartels? Do they tip? #AskJPM

Does it feel better paying the biggest bank fines in history so far, or did the satisfaction of the crimes outweigh the fines? #AskJPM

Did you have a specific number of people’s lives you needed to ruin before you considered your business model a success? #AskJPM

Tomorrow’s Q&A is cancelled. Bad Idea. Back to the drawing board.

It took them three hours and thousands of angry tweets directed at them to conceive that this was a bad idea.

You have to feel for the social media managers of companies such as JP Morgan and Nestle. It’s not their fault they work for companies that take away people’s homes and take water from a drought-plagued region.

Some companies just shouldn’t be on social media.