Adobe released an extensive, 43-page study on how marketers, approximately 3,000 of them, are responding to the rise in smartphone and tablet usage.

Just when marketers were done cajoling to executives to allocate advertising funds from newspaper, radio and TV to social media, they now had a new developing trend to drive investments to: Mobile optimization.

For those who don’t know, mobile optimization is taking a website and re-designing it for mobile phones and tablet accessibility.

But reliance on smartphones and tablets are not a trend. We have no idea what the future may hold, but I can tell you right now that as the world is ending in front of us, we will be tweeting our reactions before running for our lives.

People are inseparable from their smartphones. They’ve brought people thousands of miles apart closer together, while practically eliminating contact with people right in front of you. The wonder of what people have to say without asking them to say it has us addicted like junkies to a needle. 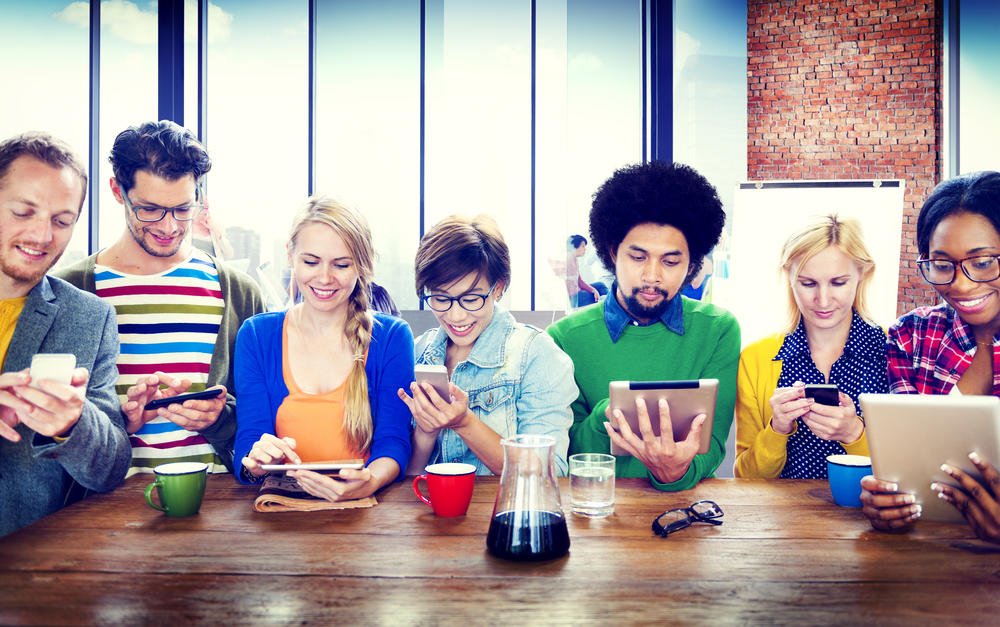 We read all of the research so you didn’t have to. Take a look at these 5 insights and apply them to your marketing strategy for next year and further.

I don’t think it’s any bit of a stretch when I say people might as well have their smartphone surgically attached to their hands.

If you’re in a public area, no matter where you turn, you’re likely going to find someone seemingly entranced by the glowing light from their smartphone, like a moth to the light on your porch.

What is it that has them so enamored that they ignore any real physical interaction? A vast majority of the time, it’s social media.

Human curiosity has always led us to sticking our noses where they don’t belong and refusing to mind our own business. That’s why traffic occurs after an accident that’s already pulled over to the shoulder; people want to see the curtain pulled back and will purposely slow down their commute just to get a glimpse of the wreckage.

With social media, though, we don’t have to feel a tinge of shame when investigating the daily lives of someone else, because they do it for us. Mobile phones and tablets allow us to carry on those activities from outside of our dwellings.

This is why it surprised me that marketers, despite all of their research into human behavior, are just now realizing how inseparable the link between humans and their portable devices really are:

“Many companies have moved out of the laggard camp and started to take mobile optimization seriously. Indeed, there is a small group but growing proportion of businesses who now describe themselves as ‘mobile-first’, around a fifth (19%) of organizations compared to 13% last year.”

Further proof of investment in mobile research can be seen in these metrics trending upward:

“It can be that significantly more companies than a year ago are optimizing for mobile in a range of different ways, including employment of a mobile-optimized site (+35%), mobile-friendly email (+15%), responsive (+26%) or adapative design (+92%), and mobile apps (+40%).”

The reason for these increases can’t be ignored. Seeing people buried in luminous glow of their smartphones isn’t a fad. It’s here to stay.

The Mobile Experience Needs to Be Similar to Desktop Accessibility

In today’s day and age, where news is microwaved, headlines tell us the whole story, and evidence is something left for later after readers are already outraged by the headline, people want their information delivered to them quickly, accessibly and at all times.

That includes an accessible smartphone experience that closely resembles a desktop, where, obviously, websites are going to be optimized.

The study in all of its infinite wisdom states:

“The mobile experience is yet to garner the degree of priority afforded to the desktop, yet in order to provide a cohesive customer experience which is being touted as the key to competitive advantage, the two should be seen as at least equals.”

If you’ve ever tried to buy a product on a company’s website through your smartphone, you’ll often find that it is difficult because the website has not been optimized for mobile. Instead, it’s just the website on a smaller device than a computer.

That means unresponsive drop-down menus, extensive scrolling and links that are too small to click on. It leaves you frustrated and for the company, they lose a sale, which could have been a spur-of-the-moment decision on account of someone buying a product from their smartphone.

Fortunately, marketers and web designers are catching on:

“58% of companies are optimizing for mobile via responsive design (up by 26% on the previous year).”

The study goes on to accurately say:

People want as much comfort as possible. Sure they’ve always wanted it, but with the technology today that seemingly caters to every faction it’s now almost expected, and that applies to how they use their smartphones.

And why wouldn’t marketers cater to their current and potential customers, especially with what the numbers show in my next point….

More Digital Traffic is Coming in Through Mobile

What’s going to incentivize boardrooms to allocate more funds into the mobile side of things than an increase in income:

“The research also found that, on average, more than a fifth (21%) of ecommerce revenue is transacted directly on mobile devices.”

21% is a big deal. That means one out of every five transactions that are made on a website are made through a mobile device. If your website isn’t optimized, that’s potentially one customer being lost every time five visit.

Over time, that’s two out of every ten and 20 out of 100. You’re not running a business properly if 100 people enter your store and 20 leave because they simply had trouble navigating the aisles or couldn’t find what they were looking for.

If you want your business to succeed, you don’t settle for 4 out of 5. You settle for all 5. Otherwise, what’s the point of being in business if you’re not flipping every visitor into a customer.

To further drive the point home, there’s also been a significant rise in the traffic coming to websites through mobile:

The more people visiting your website through mobile, the more revenue you’re likely to drive in through mobile. While “nearly two-thirds (62%) of company respondents stated they intend to increase their mobile investment in 2015”, there are still many companies out there that are slow to adapt and losing money because of it.

Let’s use a real-life example of a failure of adapting to technology losing business that you’ve probably experienced.

You’re driving around, looking for a place to eat and come across a restaurant that piques your interest. You park and get out, only to be hit with a sign reading ‘CASH ONLY’. Like most of society, you don’t get paid in cash and have no reason to carry it on you, so you take your business to the restaurant next door that accepts all forms of payment. 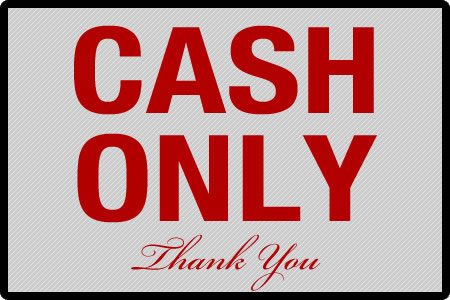 Allowing that lack of adaption to disruptive technology to hinder your business is a killer, and it doesn’t just go for smartphones…..

The Difference Between Smartphones and Tablets

Not all mobile devices are made alike. Some fit in the palm of your hand and others are just tweeners, indecisive of whether or not they want to be a desktop or a smartphone.

They’re called tablets, and they’re joining the party of taking the commerce flow away from smartphones and desktops:

“While smartphones continue to account for the largest proportion of mobile traffic (63% on average), tablets are already taking a fast-rising share of traffic (37% on average) and shouldn’t be ignored”.

This befuddles marketing agencies even further, because of how difficult it makes optimizing and measuring, as well as understanding the behavior of their customers:

“Companies need to understand the differences in behavior between smartphone and tablet users, as how consumers engage with a relatively tiny screen on the move will differ hugely from how they interact with a tablet while they’re sitting on the sofa at home.”

As stated before, “consumers expect consistent, relevant messaging irrespective to their chosen device”, so ignoring optimization for tablets cannot be tolerated within your agency.

But there are other issues that perhaps need more addressing first….

The Struggle with Measuring

How else are you going to discover what works and what doesn’t (It doesn’t matter the device) if you’re not measuring the successes and failures?

While there are an infinite number of resources into measuring just about everything related to social media, those resources fall flat when it comes to tracking the relationship between mobiles, desktops and tablets:

“As many companies are not able to keep track of basic metrics like mobile traffic and types of devices used, it’s no surprise that only half or less are proficient in tracking and understanding how their customers move between devices and channels or how their behavior varies depending on the devices they’re using.”

It does present an interesting issue. How do you track someone that lands on your website from their smartphone device, only to later buy a product from their desktop? It dilutes the achievement of the smartphone initially drawing in the customer and all of the praise, as a result, is heaped onto the desktop.

Fortunately, there is a solution; an arduous, time-consuming solution: Visitor stitching. Even the study itself touches on the difficulty, stating that “tailor-made mobile campaigns require a lot of knitting and stitching, but these are recurrent pain points for marketers.”

Although time consuming and tedious, the rewards are plentiful and lasting:

“The benefits of investing in cross-device tracking are not to be ignored though: over two-thirds (67%) of those using cross-channel tracking/visitor stitching say they understand how mobile fits into the customer journey across devices and channels.”

Understanding the customer journey is the key to optimization success. When you’re able to pinpoint the moment a potential customer becomes interested in a related product, you can guide them, through methods such as retargeting, all the way to the checkout page.