The 5 Best Marketing Campaigns of All Time

A great marketing campaign can resonate in the hearts and minds of its audience for years.

Some of the best marketing campaign slogans are still quotable and memorable years later, and still pop up every so often in pop culture, proving that the best type of campaign is one that promotes simplicity. Through that simplicity, the ads appeal to a large audience and create a sense of community, whether it’s through a simple task, image, or slogan.

If your ads are too complex, people will move on. Why waste time trying to deconstruct the meaning of an ad when they can move onto the next one that’s in-your-face, direct, and appealing? Ads are meant to engage you and make you want to be a part of it, not leave you confused wondering what you’re actually trying to promote.

We found the five companies and organizations that followed these effective attributes of advertising best, resulting in a staggering positive impact for both the company and its consumers:

1. The ALS Association Raises More Awareness to its Cause than Ever Before

Last year, the ALS Association created one of the most successful promotions to raise money for charity you’ll likely ever see: The ALS Ice Bucket Challenge.

In case you already forgot, and I don’t think it’s possible with how ubiquitous it was, the challenge was for a user to film themselves saying they were going to donate, calling out the names of other people they wanted to take the challenge and donate to the ALS Association, and then dumping a bucket of ice water over their heads.

It was a brilliant campaign. It fed off of the narcissism of social media users’ desire to be noticed and to be part of a community that was focused on doing something good. As a result, you had everybody of all ages, all races, all creeds, and tax brackets taking part, from toddlers being forced by their parents, all the way up to Bill Gates.

The results were astounding; $115 million was raised for research, enough to help between 12,000-15,000 people, and a significant breakthrough was made in locating the root cause of a disease that scientists previously had little knowledge about. Searches online for ALS last August rose from around 500 to 68,000.

So next time that psuedo-intellectual, counter-culture Facebook friend posts a status about the water that was wasted because of the ALS challenge, make sure to show them this, and then punt them into orbit because they’re a buzzkill.

Today, Nike is seemingly a staple of every sport. You can’t turn your head during a game or event without seeing a Nike ad plastered on a banner or that familiar swoosh logo emblazoned on a players’ chest, shorts, or shoes.

But in the 1980’s, Nike was almost a niche company, catering mainly towards long-distance runners. That is, until the fitness revolution took the country by storm. Suddenly everybody wanted to run or work out or play a sport, and Nike had to take advantage and distance itself from its main competitor at the time, Reebok.

In fact, Nike was actually getting outsold by Reebok. Imagine that.

That’s when the geniuses in the marketing department coined the slogan that’s still etched into our memories because it’s still being said to this day: Just Do It.

In ten years, Nike sales rose from $880 million in 1988 to a stunning $9.2 billion in 1998, and it mainly had the ‘Just Do It’ campaign to thank. The slogan was short, succinct, direct and presented a challenge to whoever heard or saw it. It was about pushing yourself to the limit, laughing in the face of adversity, and contorting your mind to conquer tasks that were impossible in the wrong mindset.

Nike’s ‘Just Do It’ campaign is something every marketing agency should attempt to emulate. Besides the slogan being pithy and quotable, it worked because it hit a critical pain point. The greatest challenge to exercising is literally just doing it.

Think about when you exercise. Unless you really, really, really love fitness, you often force yourself before or after work to get into the gym or go for a run. You need to motivate yourself and what better way than to just do it and get it over with?

Thankfully, Nike chose ‘Just Do It’ over ‘Get it Over With’. 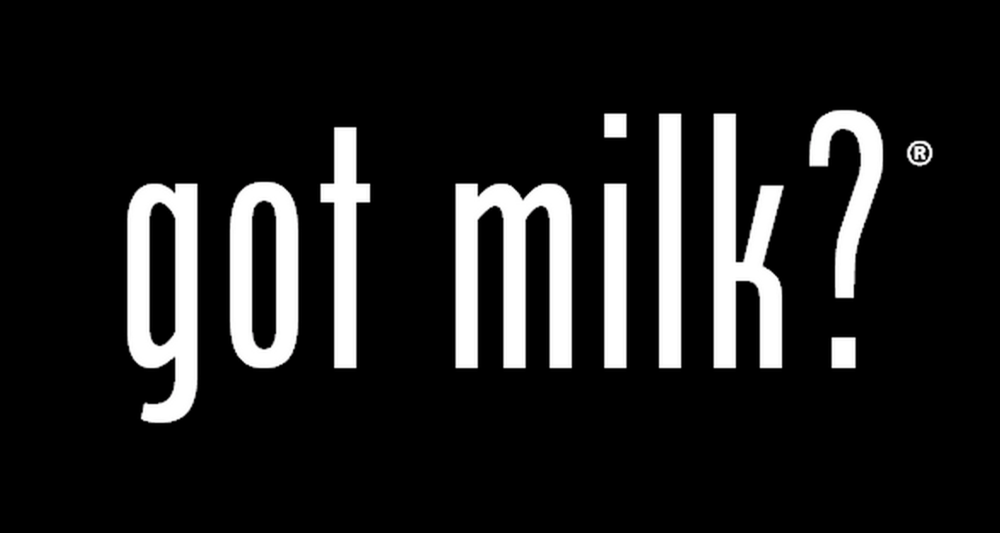 Once again, simplicity wins out. The ‘Got Milk?’ ads were extremely simple, depicting an athlete, usually a famous and recognizable one, or an actor with a milk mustache and ‘Got Milk? in white text somewhere on the ad, and then some copy about the positives of drinking milk.

The ads were pushed by the California Milk Processor Board and milk sales rose 7% in California in just one year. To this day, parodies exist featuring the phrase ‘Got (Fill-in-the-Blank)?’

There’s a great explanation here as to why it worked so well. As for our own theory, we believe the quote itself being catchy and easy to be manipulated into something else pop culture-related helped contribute to the ad’s rise, as did the countless celebrity endorsements and distinct, trademark milk mustaches that covered the upper lip of those endorsements.

Despite not having a very distinct shape, Absolut’s campaign to feature normal images combining to depict one of their bottles is the longest uninterrupted ad campaign ever, running 1,500 separate ads over 25 years.

Think about that: The same ad was done with 1,500 times with minor variations. That’s how you run a successful campaign.

The magnitude of how effective the campaign has been since it started is bonkers. Absolut started off with only 2.5% of the vodka market, but in the late 2000’s imported a staggering 4.5 million cases per year, or “half of all imported vodka in the U.S.”

This is a great example of utilizing a seemingly mundane item in an extremely interesting way. They could have gone the usual route of other alcohol companies, either depicting an attractive woman drinking it or a couple of bros chumming it up at the bar, but instead went the creative, unique route.

The bottle’s shape isn’t too distinct. In fact, if not for the ads you might not be able to tell the difference between it and other vodka bottles. It’s the fact, however, that they were able to re-use it so much that it became etched into your head. 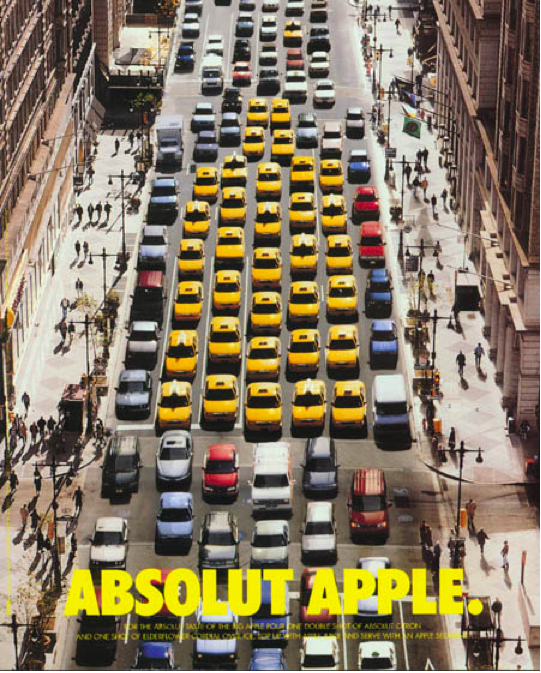 Now everybody knows what the bottle looks like; because of the ads and half of the country’s vodka residing within those bottles.

The commercials were extremely simple. A hip youngster representing Apple’s Mac computers and an older, white-collar office employee representing PC standing in front of a white backdrop engaging in dialogue that would always result in promotion of Mac.

The ads worked because they were charming and innocent. The music was a catchy jingle, the dialogue was simple without self-deprecation, overt criticism of PC, or beat-you-over-the-head promotion with Mac, the backdrop was appealing, and the characters were likable and easy to parody.

Are you starting to notice a trend, yet? Good, then it’s time to get started on your campaign that we’ll be quoting 20 years from now.

Attribution models help us determine which marketing strategies contribute to sales and conversions. That’s the simple definition, but this area of digital marketing has become more complex and sophisticated in recent years.  Advanced marketing attribution requires...

The FIFA World Cup is not only the world's biggest sporting competition, but it's one of the biggest events in the marketing calendar. Every four years, the biggest brands think up new ways to engage with customers on digital platforms. This time around, marketers...