Last week, Twitter users were surprised to see a change in their tweets from this: 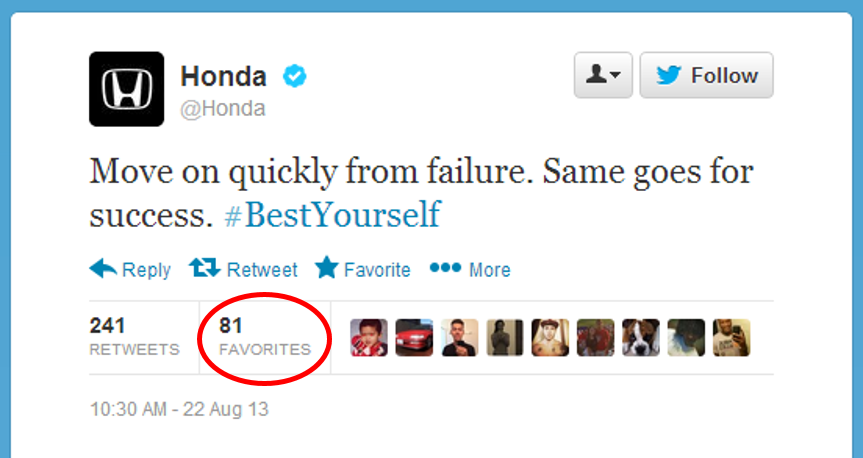 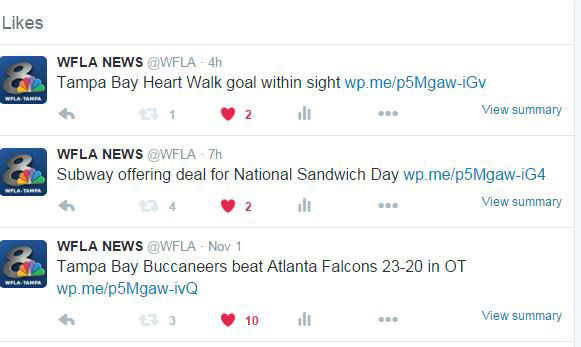 This surprise is one of a few developments that could affect you from a digital marketing standpoint. Most notably, Twitter also introduced polls, such as this one: 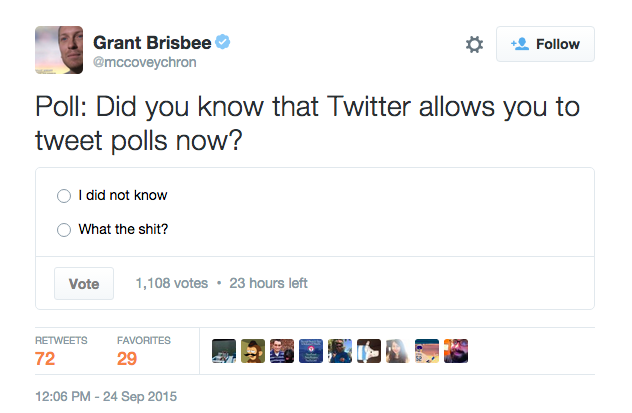 The polls are a nice inclusion to a platform that already bases much of its success on how interactive and engaging it can be for its worldwide community of followers. The likes and favorites change, however, feels like it came out of left field.

Why’d they take away my star and turn it into a heart? Why is Twitter using likes now? Are they trying to be like Facebook? A lot of posts I used to favorite were just to be saved for later for me to read. Now I feel like I’m endorsing a tweet when I don’t even know what’s enclosed in the article I was just saving for later.

Let’s ignore these predicaments being the epitome of first-world problems and focus on why Twitter did it.

“We are changing our star icon for favorites to a heart and we’ll be calling them likes. We want to make Twitter easier and more rewarding to use, and we know that at times the star could be confusing, especially to newcomers. You might like a lot of things, but not everything can be your favorite.

The heart, in contrast, is a universal symbol that resonates across languages, cultures, and time zones. The heart is more expressive, enabling you to convey a range of emotions and easily connect with people. And in our tests, we found that people loved it.

You’ve embraced hearts in a big way on Periscope, and we’re delighted to bring them to Twitter and Vine, making them the common language for our global community.”

That is, by far, the sweetest press release I’ve ever read. And it makes sense. As lovey-dovey and heartfelt as Twitter makes it sound, it’s a strategic marketing ploy to be more accessible to new users based on success from Periscope.

To be fair, swapping out likes and a heart for favorites and a star does make sense, especially when it comes to being accessible to new users. No, it has nothing to do with Facebook. It’s a matter of what exactly defines a favorite compared to a universal symbol that everyone understands.

Just consider if you were a brand new user to Twitter. You see a ‘Like’ with a heart and you immediately understand what you’re intentions are when clicking that; you liked the tweet, you clicked the heart, you moved on.

Favoriting feels like it’s more intended for veteran, experienced Twitter users. I know when I favorite it a tweet, I’m mainly doing it because I a.) Want to read the tweet later because it had a link to an article in it, and b.) Somebody engaged with me and I didn’t fully endorse their tweet, so I’ll just favorite it instead.

Basically, liking is a lot more simple for new users and the heart is a lot more of a universal symbol. So, what does this mean for marketers? It means that there’s a high possibility for growth for the platform and improved engagement.

We like the reasoning Kevan Lee from Buffer came up with:

“It’s perhaps a bit of semantics, but it seems that before there was only the one option to ‘favorite’ something, which had a rather specific type of feel to the action. ‘Liking’ a tweet seems to open up a huge variety of possibilities for the emotion behind the like.

From Twitter’s announcement GIF, they share a number of different types of responses that all fall under the umbrella of the heart (yes!, congrats, LOL, adorbs, stay strong, hugs, wow, aww, high five). Could you say all these things with a star or a favorite? Perhaps not.”

The idea that the lack of interpretation for a ‘favorite’ makes a lot of sense. In fact, it almost feels sterile in hindsight, as if you’re just bookmarking a post in your browser. A ‘Like’ meanwhile can be interpreted for a lot of things, all of them good and all of them as sweet as that press release Twitter sent out.