You would be surprised at the amount of people who believe social media is simply a matter of posting something relevant and watching the likes, comments, shares, etc. roll in.

It’s not. Far from it actually. Unless you’re already a reputable brand that has notoriety and is easily recognized, your social media branding attempts are likely going to fail unless you invest time AND money into it. Notable brands like Motorola or McDonalds can get away with posting something simple because their audience is established and well aware of the brand’s intentions.

Small-to-medium-size businesses and their brands, however, will struggle at first to lay a firm foundation of followers. You’re competing with tens of millions of other Facebook pages for attention. It’s only natural that the sandcastle you’re trying to create is just going to get swept away by waves of infinite information.

There’s only one surefire way for an unrecognizable brand to succeed on social media: Investing. And I don’t mean your time, either. I mean money, the thing you’re so unwilling to part with because you want to devote and invest all of it into your business. We don’t blame you. That’s just savvy ownership to invest in your own company.

But what if I told you for less than $3 a day, you can have more attention and interest in your social media page in a single post than you would have if you experimented freely for a month.

We recently did this with the Facebook page of a website we run. Our experimentation worked once in awhile, but on most occasions we would be staring down a post with low reach, hardly any, if that, likes, and a nonexistent amount of comments and shares. We were a comedy website attempting to compete with God-only-knows how many other comedy pages on Facebook.

Then we decided to invest. Not much, either. Just $1 per post allows you to target up to ten different interests. By targeting, you not only see an increase in your reach, but reaching out to the right people, as well. If you make a post about Breaking Bad, why not target those with an interest in ‘Breaking Bad’ or ‘Walter White’, as opposed to simply posting and wishing for the best?

The results have to be seen to be believed. You’ll definitely notice when we start investing, but you won’t believe how it only took $1 to make it happen. 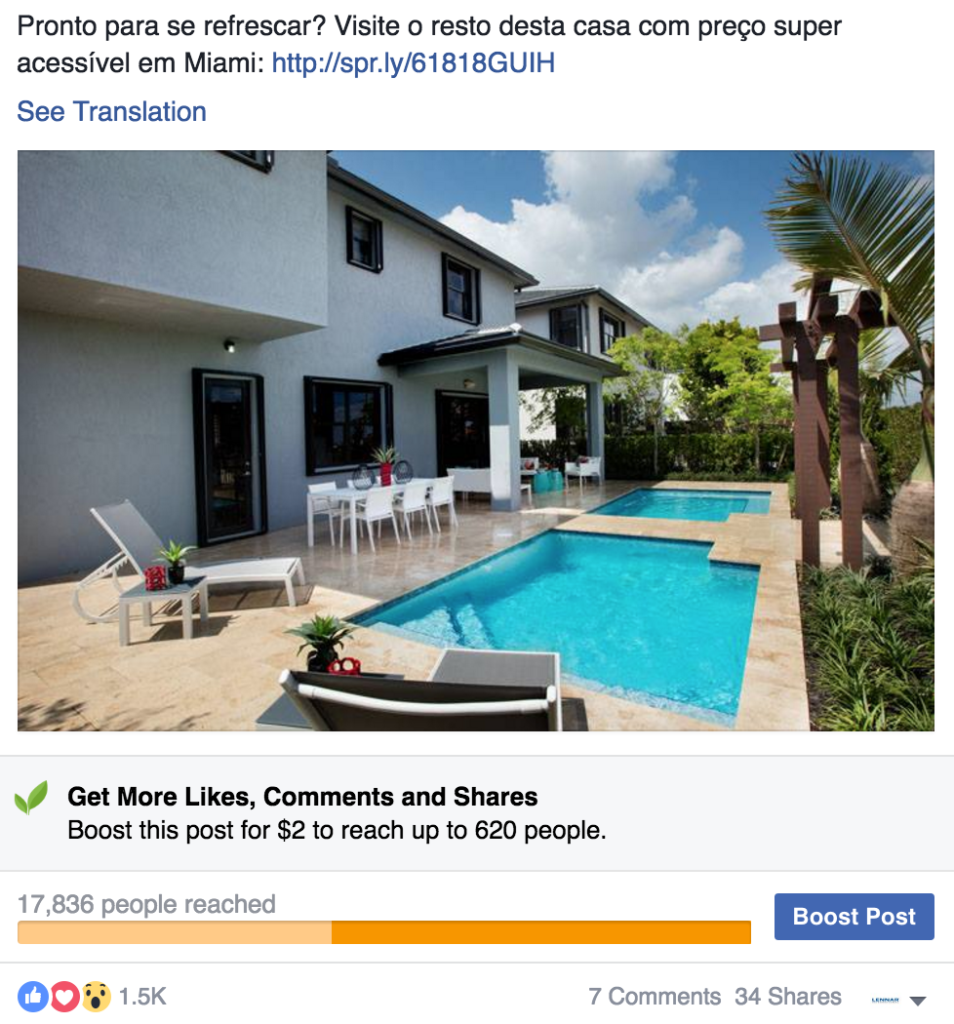 Of course, that’s just the bare minimum. $1 allows you to target up to ten different interests and only boosts the post for a day. Targeting isn’t a difficult task, either, as all you have to do is conjure up a relatable interest to the post you’re creating. For example, if you’re a page that aggregates strange news and viral videos from across the web, you’ll likely target ‘Weird and Funny News’ or ‘Viral News’.

Once everything pans out, Facebook will allow you to see a full read-out of well the boost worked, with stats on how many link clicks, post likes, and comments you received. You also receive a read-out on the genders and ages of the viewers of the post, as well as what country they derive from.

Once again, all of this cost $1. You could experiment with a post per day for a week and have a thorough understanding of your audience by spending $7. Of course, you’ll more than likely have to continue investing beyond a week to truly uncover the demographics of your audience, but your understanding will grow with experience.

I’d feel wrong about not reminding you, dear reader, of patience when it comes to things like building a brand on social media. If you want a successful page, and you’re not running a brand that’s widely recognized, you will experiment and you will fail. Marketing is primarily guessing and checking in an attempt to locate and pinpoint your audience.

Once you hit that sweet spot, though, you’re golden. Like with any business, it takes a solid foundation to grow something truly significant.